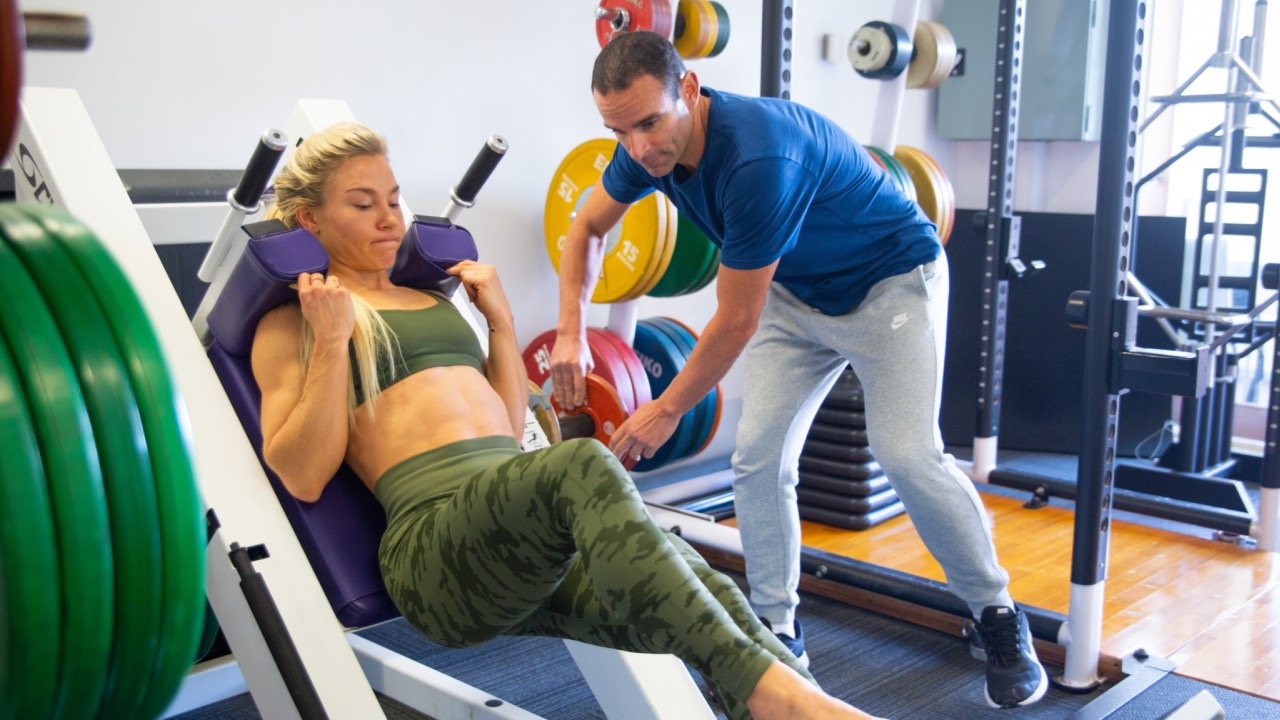 In the 1990’s, the was a lot of great sports science research conducted which examined how certain hormones responded to changes in exercise choice, intensity, volume, and rest interval length. One of the foremost experts in this area, professor William Kraemer, has said “protocols high in volume, moderate to high in intensity, using short rest intervals and stressing a large muscle mass, tend to produce the greatest acute hormonal elevations (e.g. testosterone, GH and the catabolic hormone cortisol) compared with low-volume, high-intensity protocols using long rest intervals’ (1). The prevailing viewpoint over the last three decades is that the acute anabolic hormonal response to a weights session is the key trigger for muscle hypertrophy seen with long-term resistance training programs (2).

Owing in large part to this body of work, virtually every guideline, position stand and textbook on the programming variables for muscle growth recommend short rest intervals (3, 4). Short rest intervals, around 60-seconds, undoubtably create a larger anabolic hormonal response to resistance training, when higher volume protocols are used. However, the hormonal explanation for causing muscle growth has recently been questioned, primarily by Canadian research Stuart Phillips. He and his team have conducted a number of well-designed studies examining the role of hormones in triggering muscle protein synthesis. He has stated that “acute postexercise systemic hormonal rises are not related to or in any way indicative of resistance training-mediated gains in muscle mass or strength” (5).

More recent data indicates that volume (6), volume load (11) and effort (7) are more important training variables to turn on muscle growth pathways, creating hypertrophy over the long term. Along with this knowledge shift has come a re-examination of the rest interval guidelines, as the primary reason short rest intervals were used was to increase the anabolic hormone response to the session. Research has shown in non-volume equated study designs, a longer rest period of two to three minutes typically results in greater muscle hypertrophy compared with shorter rest periods (8). The assumption here is that longer rest periods allows for higher loads to be lifted each set, which results in greater mechanical tension – and thus higher volume load - placed on the muscle, generating a greater stimulus for muscle growth (9).

The most important consideration here for coaches interested in muscle growth is setting an appropriate rest interval duration that prevents a drop off in load across subsequent sets. The primary reason why several studies show superior gains in muscle growth with the use of 2 to 3-minute rest intervals is the preservation of the volume load, that is, high effort and proximity to failure can be applied to the working sets. Not all sets in the gym are performed with high effort, but during these sets, the preservation of load (or preventing a drop off) appears to be critically important for muscle growth. And because of this, the most recent expert guidelines have modified the recommendations to extend the rest interval duration, compared to previous position stands: “As a general rule, rest periods should last at least 2 minutes when performing multi-joint exercises. Shorter rest periods (60-90 seconds) can be employed for single-joint and certain machine-based exercises. Optimal rest interval durations would also be influenced by the set end point, as longer rest intervals are likely needed when sets are performed to muscular failure.” (10)

A recent study by Ariel Longo and colleagues (11) has added a lot to our understanding on this topic. As mentioned before, studies that do not equate volume tend to show that longer rest intervals favour the preservation of volume load, as the weight able to be lifted with shorter rest periods drops as multiple sets are performed (12). To assess whether it is the total volume load or the rest duration that is the important variable, Longo et al., studied twenty-eight subjects who trained with resistance exercises twice a week for 10 weeks. Each subject’s leg was allocated to 1 of 4 unilateral knee extension protocols:

At ten weeks, the quadriceps cross-sectional area increased significantly for all protocols, however, the absolute changes in quadriceps size was significantly greater in the long-interval and the long-interval volume load matched short-interval group. The researchers concluded that their “data suggest that… a greater volume load plays a primary role for hypertrophy, regardless of interset rest interval”. In other words, if you rest interval are short, say 60-seconds, but you perform extra sets which would match the same volume load that was afforded by rest for 2-3 minutes, then the growth potential is equivalent. The researchers have stated that “when the goal is to achieve muscle hypertrophy, long intervals (3 minutes) allow for a higher volume load with fewer sets to be performed, while short intervals (1 minute) require more sets to obtain higher volume load, both of which are efficacious for increasing muscle mass. In other words, it could be possible to use both long and short rest intervals as long as a high volume load is performed.”

If muscle growth is your primary training goal, how long should we rest between sets? Most people would intuitively answer that shorter rest periods are better, as they hurt more and cause a much greater burn in the working muscles. Previous research also demonstrated that short rest intervals increases anabolic hormone release to a much greater extent that longer rest periods. However, more modern studies have questioned both the role of acidosis (the burn) and the acute hormonal release in triggering muscle growth and have shown that the more important drivers of growth are muscle fibre recruitment and tension placed on the working muscle when lifting with a high degree of effort. Allowing rest intervals to be around 2 minutes between sets – a little more for exercises taken to failure or those involving large muscle groups (such as squats or deadlifts) or a little less for non-failure and smaller muscle groups or isolated exercises – allows for higher loads to be lifted, a greater number of muscle fibres to be recruited, and prevents a drop off in load across subsequent sets. Taking this extra time will result in greater gains in muscle mass.

Stay connected with news and updates!

Join our mailing list to receive the latest news and updates from our team.Don't worry, your information will not be shared.

We hate SPAM. We will never sell your information, for any reason.

Get Dr Tony Boutagy's valuable insights, tips and advice on program design straight to your inbox.

Get Dr Tony Boutagy's valuable insights, tips and advice on program design straight to your inbox.